Seyla Benhabib is the Eugene Meyer Professor of Political Science and Philosophy at Yale University and was Director of the Program in Ethics, Politics and Economics (2002-2008). Professor Benhabib was the President of the Eastern Division of the American Philosophical Association in 2006-07, a Fellow at the Wissenschaftskolleg in Berlin in 2009, at the NYU Straus Institute for the Advanced Study of Law and Justice in Spring 2012, and at the German Marshall Fund’s Transatlantic Academy in Washington DC in Spring 2013. In 2009, she received the Ernst Bloch prize for her contributions to cultural dialogue in a global civilization and in May 2012, the Leopold Lucas Prize of the Evangelical Academy of Tubingen.  She holds honorary degrees from the Humanistic University in Utrecht in 2004, the University of Valencia in November 2010 and from Bogazici University in May 2012. She received a Guggenheim grant during 2010-2011 for her work on sovereignty and international law.  Professor Benhabib was awarded the Meister Eckhart Prize of the Identity Foundation and the University of Cologne in May 2014 for her contributions of contemporary thought.

Her books include: Critique, Norm and Utopia. A Study of the Normative Foundations of Critical Theory (1986); Situating the Self. Gender, Community and Postmodernism in Contemporary Ethics (1992; winner of the National Educational Association’s best book of the year award); with Judith Butler, Drucilla Cornell and Nancy Fraser, Feminist Contentions: A Philosophical Exchange (1994); The Reluctant Modernism of Hannah Arendt (1996; reissued in 2002); The Claims of Culture. Equality and Diversity in the Global Era, (2002) and The Rights of Others. Aliens, Citizens and Residents (2004), which won the Ralph Bunche award of the American Political Science Association (2205) and the North American Society for Social Philosophy award (2004).  Another Cosmopolitanism. Hospitality, Sovereignty and Democratic Iterations, with responses by Jeremy Waldron, Bonnie Honig and Will Kymlicka based on her Tanner Lecetures was published by Oxford University Press in 2006. Dignity in Adversity. Human Rights in Troubled Times (Polity Press, 2011); Equality and Difference. Human Dignity and Popular Sovereignty in the Mirror of Political Modernity (Lucas prize Lecture in English and German: Mohr Siebeck Publishers, 2013) and The Democratic Disconnect. Citizenship and Accountability in the Transatlantic Community (PDF format), with David Cameron et. al. (Transatlantic Academy, Washington DC, 2013.

She has edited 8 volumes, ranging from discussions of communicative ethics, to democracy and difference, to identities, allegiances and affinities.  Migrations and Mobilities. Gender, Borders and Citizenship, edited with Judith Resnik of the Yale Law School (NYU Press 2009), was named a “Choice outstanding book.”

She has been a member of the American Academy of Arts and Science since 1996 and has held the Gauss Lectures (Princeton, 1998); the Spinoza Chair for distinguished visitors (Amsterdam, 2001); the John Seeley Memorial Lectures (Cambridge, 2002), the Tanner Lectures (Berkeley, 2004) and was the Catedra Ferrater Mora Distinguished Professor in Girona, Spain (Summer 2005).

Seyla Benhabib of Yale University will be in residence at the CCCCT for the entire academic year. 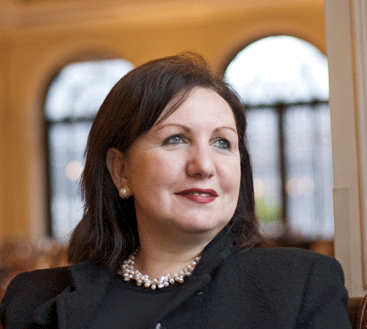