Reinhold Martin’s research concentrates on two related areas: the material, architectural, and urban history of knowledge infrastructures, and thinking the contemporary city under globalization. He approaches architectural history as a form of media history, governed by networks, systems, technical infrastructures, and biopolitical processes. To this he brings a theoretical perspective on the city that combines aesthetics with political economy. For over a decade Martin was a partner in the firm of Martin/Baxi Architects, and in 2000 he co-founded Grey Room, an influential journal of architecture, art, media, and politics, which he co-edited until 2013. His books include The Organizational Complex: Architecture, Media, and Corporate Space (MIT Press, 2003), Utopia’s Ghost: Architecture and Postmodernism, Again (Minnesota, 2010), and Multi-National City: Architectural Itineraries (with Kadambari Baxi, Actar, 2007). Currently, Martin is working on a history of the nineteenth century American university as a media complex, and a set of theoretical essays on the contemporary city. The latter is excerpted as an e-book, Mediators: Aesthetics, Politics, and the City (Minnesota, 2014). 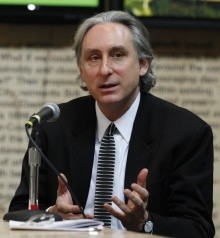 Professor of Architecture, Dir of the Temple Hoyne Buell Center for the Study of American Arch; Dir of the History Theory Sequence in the Faculty of Arch, Planning and Preservation; Dir of the Soc of Fellows in the Humanities